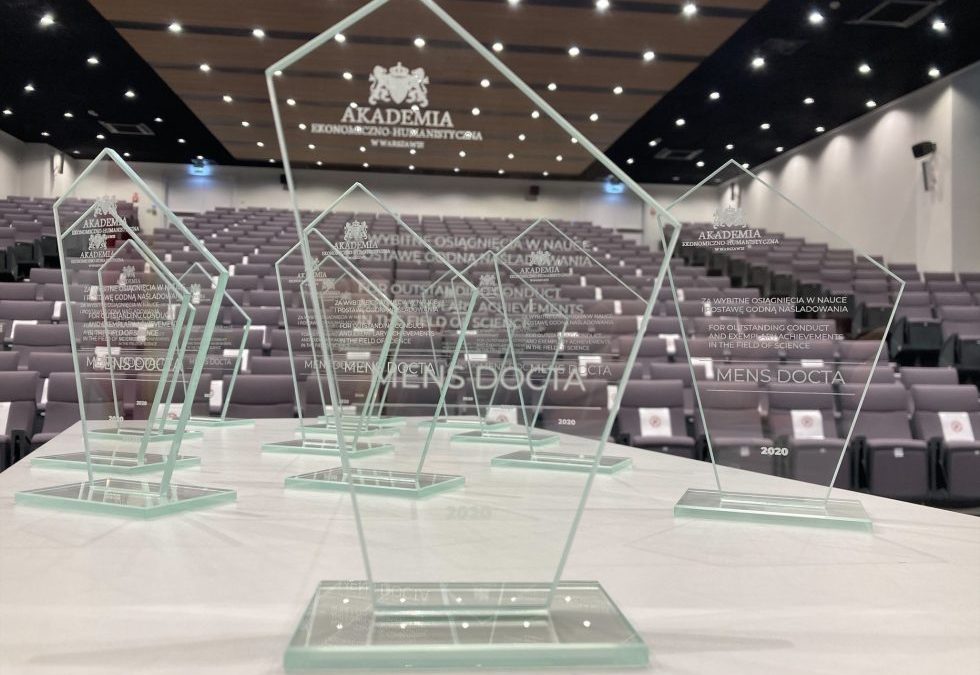 We are pleased to announce that applications for the Mens Docta 2020/2021 Competition for the Best Graduates of the  University of Economics and Human Sciences in Warsaw have now been started .

The aim of the Competition is to recognize graduates of our University who have very good academic results, outstanding scientific achievements or who have otherwise contributed to the development of the University or its promotion. The awards this year will be presented for the second time in the history of our University. The first edition of the Competition was held at the end of the academic year 2019/2020 .

We encourage you to read the Rules of the Competition, and especially – to submit your nominations for the best graduates of UEHS. Nominations for the 2020/2021 edition can be submitted until September 10, 2021. Awards will be handed at the Graduation Ceremony on September 30, 2021 in the Main Auditorium.