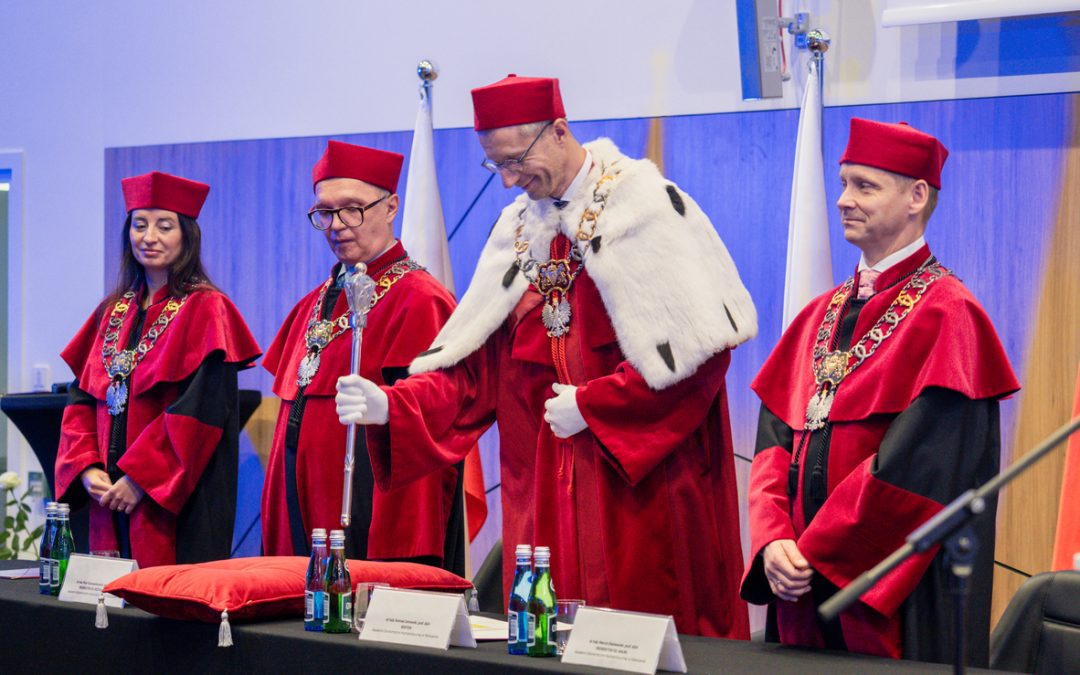 On 14 October 2022, we inaugurated the 2022/2023 Academic Year at the University of Economics and Human Sciences in Warsaw. The ceremony was held in the UEHS Main Hall, and hosted students and their relatives, guests, as well as academic and administrative staff of the university.

With this quote, the Rector emphasized the plurality of the University of Economics and Human Sciences in Warsaw, also in the linguistic dimension:

In this most literal sense – at least 68 different languages are used withing the walls of our University, which corresponds with the number of countries our students originate from. (…) Thus, your chosen place of study is an international university where you will be able to meet persons of different appearances, cultures, religions, world views.

The Rector also stressed that the University of Economics and Human Sciences in Warsaw is a place where the language used is that of tolerance, respect for differences, and recognition of the dignity of every person. We are a University operating within the language of science – as one of the few non-public universities in Poland, is invests not only in teaching, in educating students, but also in conducting scientific research. We are a University whose mother tongue is that of education. It is a language to guide the entire academic community along the path of education at the highest level. We also use the language of modernity, which we express through our beautiful campus, but also through state-of-the-art design of study programs. Another language we learn and use at the University is that of social responsibility. In line with our mission, we want to educate our students to assume future responsibility for the social and economic life of our country and, in the case of foreign students, their countries. At the end of his speech, the Rector addressed the academic community:

We are entering a new academic year in which I would like us all to continue to master these languages, as they are characteristic of our Academy, and in line with what Tomáš Masaryk once said: “The more languages you know, the more human you are.”

During the Opening Ceremony of the 2022/2023 Academic Year, the Rector formally handed out acts of appointment to those holding key positions at the University as of 1 October 2022:

Chairman of the Committee of the Best Social Project Contest, dr hab. UEHS prof. Tomasz Kownacki, together with dr. hab. UEHS prof. RadosŁaw Wisniewski, awarded the winners of the first edition of the competition – Maja Bagłaj and Dorota Seidler – authors of the project “UEHS – university without obstacles”. The competition was organized on the initiative of the Rector, who also funded the grand prize of PLN 5000. The award-winning community project was a film and is available on the UEHS YouTube channel.

I solemnly vow to persistently pursue knowledge and personal growth, respect academic rules and customs, and conduct myself in a manner worthy of the status and prestige of University of Economics and Human Sciences in Warsaw.

The inaugural lecture entitled “Art as a pathway towards self-discovery” was delivered by Grażyna Torbicka – a Polish journalist, TV presenter, host, and TV personality. The words related to cultivating personal sensitivity to art and not being afraid to be touched by art resonated especially strongly. The speaker conveyed to all students the important role of art in the life and development of every person.

For the 2022/2023 Academic Year Opening Ceremony, numerous congratulatory letters were sent the Rector:

The event was broadcast on the channels of the University of Economics and Human Sciences in Warsaw: 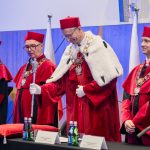 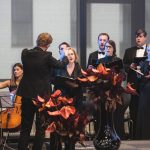 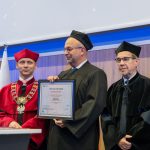 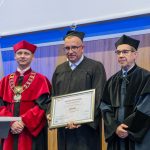 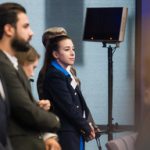 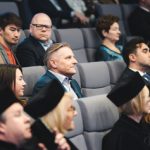 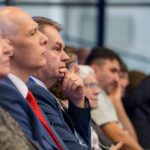 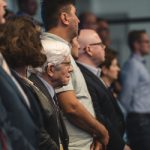 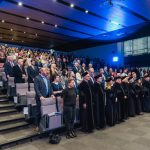 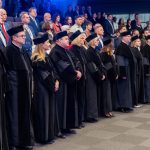 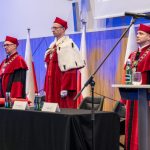 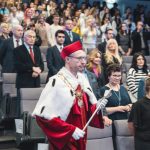